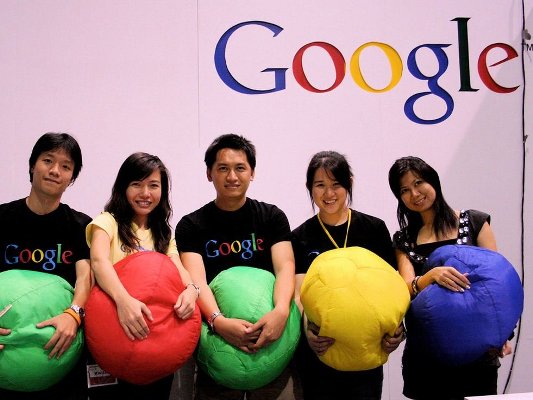 Google Chief Executive Sunder Pichai on Sunday described India as the “fastest growing start up nation in the world”.

Meanwhile, the red carpet that was spread for Narendra Modi came special delivery courtesy the State Department to give a formal welcome to the prime minister in the notoriously casual Silicon Valley, local media reported.

The five feet wide and 30 feet long red nylon carpet was custom-built to specifications used by the US State Department and shipped to Silicon Valley earlier this week by a New Jersey rug company, San Jose Mercury News reported.

It was delivered to Mineta San Jose International Airport a day before the first Indian Prime Minister to visit California in 33 years landed here on Saturday to enlist the support of Bay Area’s tech titans for his Digital India initiative.

“You have this very casual T-shirt culture butting heads with thousands of years of diplomacy,” Deanna Tryon Tryon, who a year ago became the first Silicon Valley chief of protocol, was quoted as saying.

It’s his job to help 43 cities, five counties and their local businesses and advocacy groups manage flag etiquette, “orders of precedence” and other finer points of diplomatic welcome.

The New Jersey rug company that made the rug was recommended to Tryon by Hollywood star Joe Pesci, the “Goodfellas” actor.

The company, RedCarpetStore.com has also designed a white carpet for Pope Francis to walk down for a service in Philadelphia, Mercury News said.

“We do every color under the sun,” said owner Joel Resnick, noting that he also carpeted the wedding of Republican presidential hopeful Donald Trump’s daughter, Ivanka.

Silicon Valley’s sleepy airport has historically played second-fiddle to both San Francisco and Oakland in welcoming international travellers and global dignitaries to the region, the daily said.

“It’s so nice to have this,” airport spokesperson Rosemary Barnes told the Mercury News. “We can literally and figuratively roll out the red carpet for very important people in the world.”

“It’s a true red, not too orange, not too blue,” Tryon said. “Hopefully more heads of state will now visit this airport.”