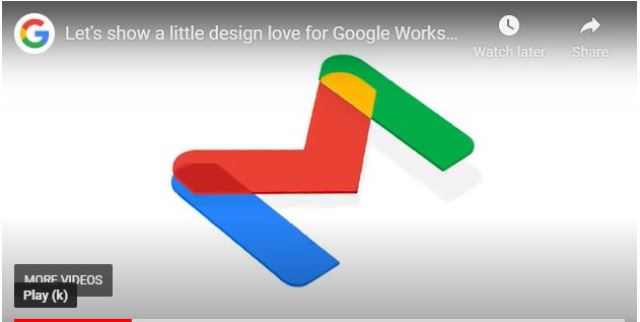 The rebranding coincides with the launch of features that integrate the various services, such as the ability to have a video chat with co-workers display in a small box at the corner of a document-editing window.

The coronavirus pandemic has accelerated sales of online business tools and forced tech vendors like Google and Microsoft to refashion their offering in an effort to virtually mimic office routines, such as coffee breaks.
Google vice president Javier Soltero said the new name reflected that “work isn’t happening in a physical space that’s called an office anymore.”

The new features will be available in the coming months to consumers who do not pay for Gmail, Google Docs and the other tools.

Google said it has 2.6 billion accounts, including paid and free ones, that are active each month across those services.

The new name may help Google increase revenue and become a challenger to Microsoft, whose Office 365 applications are more popular for business use. Any growth could lift Google’s cloud business.

Consumer services from Google such as Gmail and Google Drive are widely used, and the company has for years sought to replicate that success inside companies, schools and nonprofits.

But Microsoft remains dominant in the email and document authoring software market, with 87.6 percent share in 2019, according to research company Gartner. Google had 11.5 percent share, up from 10.5 percent in 2018, CNBC reported.

The new offerings should translate into much more value to customers, said Javier Soltero, vice president and general manager of Google Workspace.

In 2014, Google rebranded Google Enterprise, which encompassed many of its products for businesses, as Google for Work.

In 2016, Google’s cloud chief at the time, Diane Greene, introduced the G Suite brand to encompass Google Docs, Google Sheets and other productivity apps. Previously, those online services were known as Google Apps, a name first used in 2006. Around the same time, the company rebranded other Google for Work services as Google Cloud.