“In December 2020, it touched an all-time high crossing $24,000 in valuation, marking a 224 percent increase from where it started its journey at the beginning of the year,”” Sumit Gupta, CEO and co-founder of CoinDCX, said in a statement.

Tesla has said that it will also begin accepting bitcoin as a form of payment for our products in the near future.

The total market capitalisation of Bitcoin at the end of 2020 was $539 billion, compared to the estimates of $12 trillion in above ground gold.

Cryptocurrency Bitcoin jumped to an all-time high of $56,399 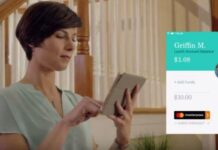 Mastercard to support some cryptocurrencies on its network