Google made several announcements today at the fifth edition of its annual Google for India event in Delhi. 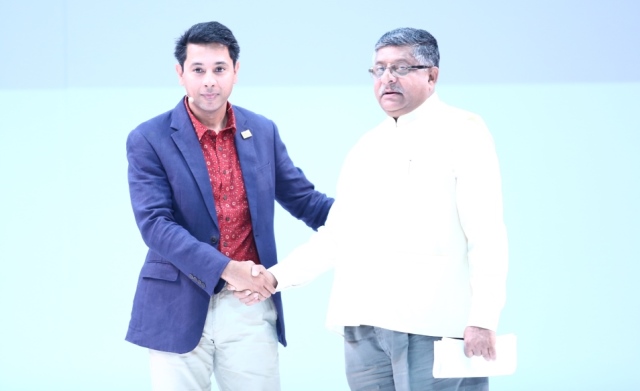 “We have partnered with BSNL to bring public WiFi to villages in Gujarat, Bihar and Maharashtra,” Caesar Sengupta, vice president, Next Billion Users Initiative and Payments at Google.

The Internet search engine also announced Google Research India, an AI lab in Bangalore that will focus on advancing computer science and AI research and applying in fields like healthcare, agriculture and education.

Google announced an initiative to help the Indians who use 2G phones get the information they need, without requiring data or an internet connection.

The Phone Line service enables customers to call a number free of charge, and access the Google Assistant to experience the power of the Internet even without a data connection, Avneesh Khosla, operations director, Marketing, Vodafone Idea, said.

The Vodafone-Idea Phone Line — supported by the Google Assistant that enables Vodafone Idea users to call a single number free of charge (000 800 9191000), at any time, and ask for everything from sports scores, traffic conditions and weather forecasts or simply get help with homework.

Google also announced interpreter mode will be available soon to the Assistant on Android and Android Go phones in the coming months, which will help translate from one language to another.

Google Lens — which allows people to search for information, ask questions and translate text by pointing their phone’s camera at things they’re interested in, will now be available in Tamil, Telugu and Marathi, Sapna Chadha, director of Marketing, Southeast Asia & India, Google, said.

Google announced the launch of the Spot platform on Google Pay that enables merchants to create branded commercial experiences that help bridge the offline and online worlds. Google Pay users will be able to use Spot of popular services like UrbanClap, Goibibo, MakeMyTrip, RedBus, Eat.Fit and Oven Story.