InfotechLead
Home Digital Alphabet Q2 revenue up 13% to $70 bn due to Cloud and...

Sundar Pichai, CEO of Alphabet and Google, said: “In the second quarter our performance was driven by Search and Cloud. The investments we’ve made over the years in AI and computing are helping to make our services particularly valuable for consumers, and highly effective for businesses of all sizes.”

Alphabet said that sales would have been close to $72 billion if not for currency swings. About 55 percent of the company’s sales come from outside the United States.

The currency impact will be even greater in the third quarter, Alphabet Chief Financial Officer Ruth Porat said.

A trio of Alphabet executives sounded caution on a call with investment analysts, using uncertain or uncertainty at least 13 times to describe the economy. YouTube ad sales grew at their slowest pace since disclosures began in 2018.

Travel and retail advertisers drove an increase of nearly 14 percent in search ad sales for Google during the second quarter, which at $40.69 billion.

Amid scrutiny from antitrust regulators on five continents, Google is taking a smaller cut from sales of apps developed by outside software makers. Users also spent less on apps in the second quarter, Porat said.

Other hits have come from Google suspending sales in Russia due to the war in Ukraine, and YouTube’s ad revenue fluctuating as its options for advertisers grow and wane in popularity.

Google lost out on a major new sales partner when Netflix said it selected Microsoft ad technology to help with its first foray into placing ads on its streaming video service. 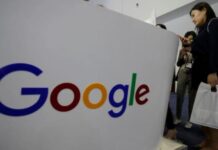 Google will slow down hiring for the rest of the year