Alphabet today announced the appointment of Google CEO Sundar Pichai as its next CEO replacing Larry Page from the top position. 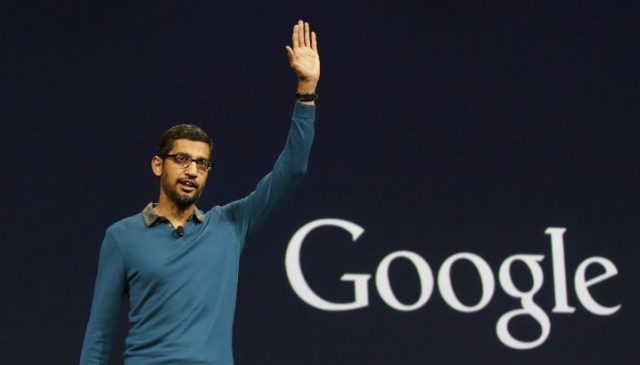 Larry Page and Sergey Brin will remain directors, but will cede their CEO and president titles, respectively, immediately, Alphabet said. The president role will not be filled, the company said.

Sundar Pichai, 47, who has spent 15 years at Google, rose to prominence while leading development of Google’s Chrome browser. He later led product development and engineering across all of Google’s services for a year before gaining the CEO title and adding with it oversight of Google’s advertising and cloud computing business.

Larry Page and Sergey Brin are active in other ventures. Page’s funding started a company attempting to develop flying cars, and Brin at a conference last year discussed a budding interest in cryptocurrency.

“While it has been a tremendous privilege to be deeply involved in the day-to-day management of the company for so long, we believe it’s time to assume the role of proud parents — offering advice and love, but not daily nagging,” Larry Page and Sergey Brin wrote in a blog blog post post on Tuesday.

“With Alphabet now well-established, and Google and the Other Bets operating effectively as independent companies, it’s the natural time to simplify our management structure,” the co-founders said. “We are deeply committed to Google and Alphabet for the long term.”

Employees have protested, and some have even resigned, over streamlining management could help Alphabet better respond to the challenges and focus on growing profits, investors said.

Alphabet, which owns more than a dozen companies including self-driving car technology business Waymo and health care software company Verily, emerged in 2015 as part of a restructuring of Google.

Larry Page left Alphabet’s biggest and most profitable unit, Google, to the similarly soft-spoken Sundar Pichai, who heavily delegates to direct reports to manage various product lines. Brain had stayed on as Alphabet’s president, spending some time on robotics and other research projects.

Employees and U.S. lawmakers demanded answers from Larry Page and Sergey Brin rather than Sundar Pichai about controversial company projects such as an experimental search app for Chinese users.