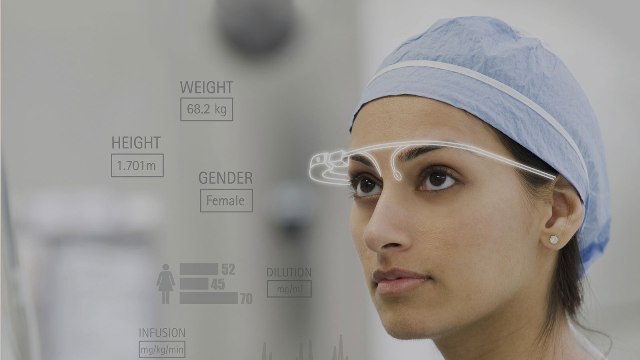 Demand for wearable devices is likely to swell in the next five years as more enterprises adopt them for workforce management and to increase employee engagement and productivity.

Consumer wearables such as Apple smart watch, Fitbit’s wristbands and Google Glass are popular. Many other companies such as Accenture, Microsoft, PTC, APX Labs are also in the market with AR-driven digital eyewear being their latest offering.

This year, Google has given a new dimension to the wearable concept. In a joint venture with garment company Levi’s, the Internet giant launched a connected jacket for riders, which carries a patch of conductive fibers that allows the user to stay connected with their smartphone for any help.

It seems CIOs are accepting the work world shift with the same spirit with which they welcomed “Bring Your own Device (BYoD)” trend.

Wearables in the workforce are becoming more prominent, as they give workers immediate, direct access to important information, such as profiling health care records on a smart glass display. 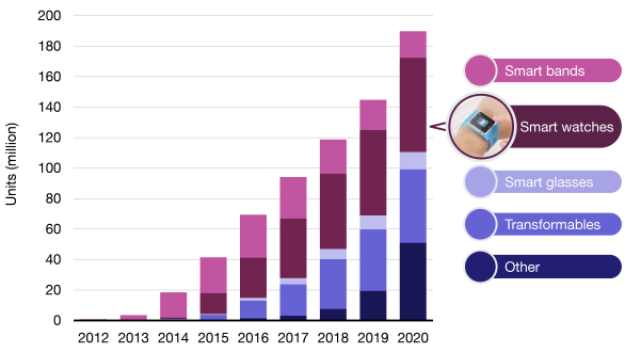 The above chart indicates combination of wearable devices by Analysys Mason.

Besides, military organisations and construction are also leveraging wearable technologies.

A latest ABI Research forecasts global wearable device shipments will increase from nearly 202 million in 2016 to more than 501 million by 2021.

The research firm also said that wearable device revenues from enterprise adoption are set to exceed $14 billion in 2021. 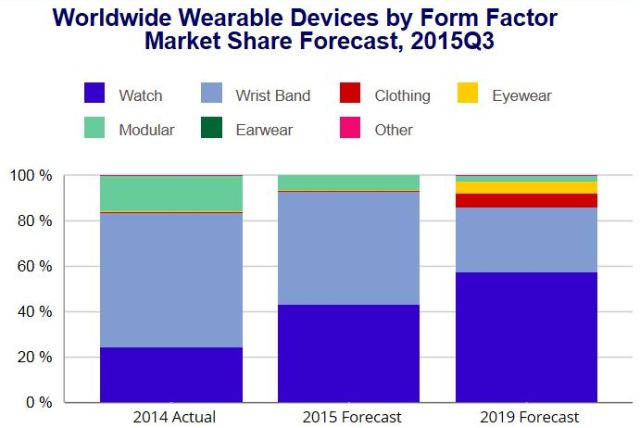 The above chart by IDC shows form factor market share of wearable devices for 2019.

Wearables act as life safer in hazardous workspaces such as mines, oil and gas industries. These devices with sensors help both employers and employees to pass work information or alert about emergencies.

According to a miningweekly.com report, wearables are gaining traction across mines in South Africa over the next two years.

Citing a research report, the website reported that sharp increases in the implementation of the latest technologies were expected over the next few years.

African mines have plans to invest heavily in drone, wearable and real-time video training technologies over the next two years.

Companies even use wearable to track their employee health.  For instance, oil company BP offers Fitbits to its workers for health monitoring. And, the stage is setting for more companies to adopt such innovations.

Thanks to corporate wellness programs, there will be more than 44 million wearable devices in wellness plans over the next five years, says ABI Research.

Corporate wellness programs with wearable devices increase average employee participation from 20 percent to between 60 and 70 percent, with some employers reporting participation rates above 90 percent.

ABI Research forecasts wearable device shipments to increase from nearly 202 million in 2016 to more than 501 million by 2021. Roughly 17 percent of these will be attributed to enterprise end users in 2016. 35 percent CAGR puts the segment on track to nearly double its shipment totals by the end of the forecast period.

Smart glasses and Heads Up Displays, or HUDs will drive enterprise wearable technology as the convergence of IT and operational technology (OT) becomes more pervasive. Warehouse and manufacturing verticals, one of the more attractive first forays for wearables, will receive 34 percent of smart glass and wearable scanner shipments.

Companies like Accenture, APX Labs, Atheer, Epson, Microsoft, PTC, SAP, and Vuzix have started to place their bets on smart glasses, head-mounted displays, and AR-driven digital eyewear as the dominant vehicle for time to value.

Manufacturing is one of the main industry verticals where wearables will see substantial take off. Roughly 80 percent of manufacturing failures and defects are due to human error.

While everyone now agrees that the use of wearables in the workplace unlocks a new world of opportunity for both employers and employees, there are fears from the employee side that their employer may use the data against them and not for their benefit, according to new PwC research.

For the successful execution of such projects, the research firm suggests that organisation and vendors need to effectively manage employee resistance by providing real benefits and thus overcome the trust gap.

Wearables can help minimize unplanned downtime in the workforce, but the type of wearable to be most readily adopted into the enterprise world remains dependent upon the specific industry or use case to which it caters. 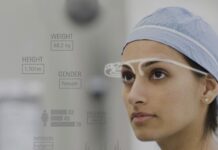 What CIOs need to plan before investing in wearable devices