If you have ever laid your hands on Microsoft Windows, you might have played games like Solitaire, FreeCell and Minesweeper. 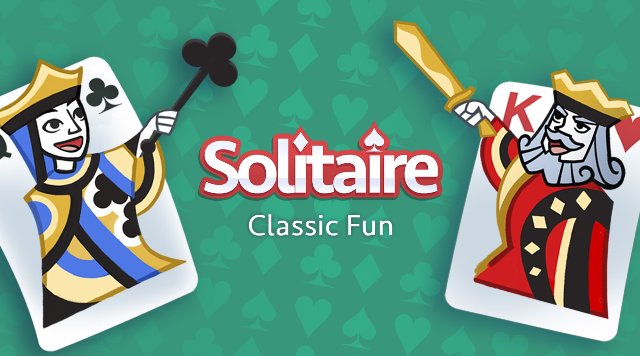 If not, you belong to a minority group of people for sure. At the superficial level, we all assumed that Microsoft Windows added these games for entertainment but is that really the real reason? Well, the answer is no. Let’s dive deep to find the real purpose of these games on Windows PC.

Which is the first game added on Microsoft Windows?

The first game to be introduced in Microsoft Windows was Solitaire. The game was made available on Windows 3.0, which was rolled out in 1990. The game existed in the offline world too in the late 1700s. However, Microsoft popularised its digital version and showed the world that you do not need a physical card deck actually to play a card game. Later, Microsoft also added Hearts, Minesweeper and FreeCell.

Solitaire was made available in Microsoft Windows with the intention that it will make the Windows users familiar with the command-line input. In Solitaire, the player has to drag and drop the cards and Microsoft wanted to teach this to the Windows users in a fun way so that it doesn’t even feel like the users are actually learning something. Even today, we need to keep on dragging and dropping and this tells us that Microsoft was indeed a visionary company. According to Microsoft telemetry, Solitaire was so popular among Windows users that it is ranked one of the three most used Windows games and even surpassed Word and Excel. Also, at a point, Solitaire became a point of concern because the companies were losing business productivity as the employees used to play these games a lot, reducing their actual working hours.

Minesweeper was also added to Microsoft Windows PC with the same intention. Originally, this logic-based game came into the picture around the 1960s-1970s and was popularly known as “Cube” and Jerimac Ratliff created the game. Later, in 1992, Microsoft introduced Minesweeper in Windows 3.1. If you have guessed that the real purpose was again not to provide a form of entertainment, you are right. Minesweeper was added to make the users familiar with the left and right-clicking mechanism with precision using the mouse.

Hearts, which is another popular Microsoft game, was added in Windows for Workgroups 3.1 in the year 1992 for flaunting the networking capabilities of the computer system. Windows for Workgroups 3.1 was the first Windows version that was network ready. When playing the game, the users could see multiple players playing the same game using the computer network. This is the reason why the game was originally named “The Microsoft Hearts Network”.

Lastly, we have FreeCell, which was rolled out for Windows 3.1. The real purpose of the game was to test the 32-bit thunking layer. Are you wondering how FreeCell helped in that testing? If the thunking layer was improperly installed on the Windows device, the FreeCell game wouldn’t actually run. So, what you thought was a game to entertain you was actually a mechanism to check whether the software was working properly or not. How shocking is that?

Why do Microsoft Windows still have these games?

Clearly, the original purpose of these popular games has already served the real purpose, then why can we still find these games on our Windows PC? The answer is extremely simple; the game still exists because the Windows users loved them immensely. Whenever Microsoft tried to roll out a new Windows version without these games, the company faced a sharp backlash from these games’ fans. Microsoft rolled out Microsoft Solitaire Collection for Windows 10 developed by Arkadium, Smoking Gun Interactive and Microsoft Casual Game and published by Xbox Game Studios to at least introduce new features and evolve.

Currently, the Microsoft Solitaire Collection includes the following five-card games: Klondike – the classic solitaire, Spider, FreeCell, Pyramid and TriPeaks with beautiful graphics. Windows users used to engage with these games back then, and even now, nothing has changed except for the design and the themes. The game still exists because they have become immensely popular, and the users love to have them ready on their work laptop so they can play during a break easily.