IDC has revealed the growth and market share of HP, Epson and Canon in India’s hardcopy peripherals (HCP) market during April-June 2021.

HP Inc. (excluding Samsung) has maintained its leadership in the HCP market with 36.3 percent share and growth of 148.3 percent in shipment.

HP’s inkjet business grew 47.4 percent, primarily on the back of its ink cartridge shipment as HP’s ink tank supply was disrupted through 2Q21.

Epson is the #2 player in the overall HCP market with a market share of 29.2 percent while registering a growth of 103.8 percent.

Epson has a market of 47 percent in inkjet business. Epson did not face a major supply shortage of its fast-moving models.

Canon is the #2 supplier in HCP market. Canon achieved growth of 79.9 percent, capturing a unit market share of 22.6 percent.

Canon’s inkjet business grew 64.1 percent on the back of its ink cartridge segment, though it struggled with the supply shortage of certain ink tank models.

The inkjet business increased 71.9 percent, accounted partly by the low shipment units in 2Q20 and partly by the demand from the home segment in 2Q21.

The chip shortage issue has also been plaguing the industry, already resulting in brands struggling to stabilize the supply of in-demand ink tank printers specifically.

The laser printers (including copiers) business increased 175.1 percent on the back of a strong showing of Laser Printers (excluding copiers) since SOHOs (small offices, home offices), SMBs, and few medium-sized corporates did not shut down operations completely during the second wave.

The Laser Copier segment increased 27.8 percent as most enterprises extended work-from-home for their employees during the second wave.

“At 66.7 percent market share, the Laser A4 multifunction printer segment recorded its highest market share till date. For some brands, like HP, it resulted from strategic decisions to pull certain 12A toner-based printers out of the market. For others such as Brother, it was a result of multiple stringent lockdowns in Vietnam, the production hub of certain single-function machines by the vendor,” said Bani Johri, Market Analyst, IPDS, IDC India on the key market trends. 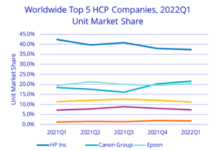 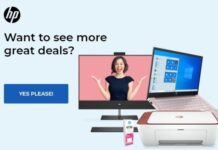