PC shipments fell 8 percent to 53.7 million desktops, notebooks and workstations in the first quarter of 2020 due to severe delays in production and logistical issues, according to the latest report from Canalys. 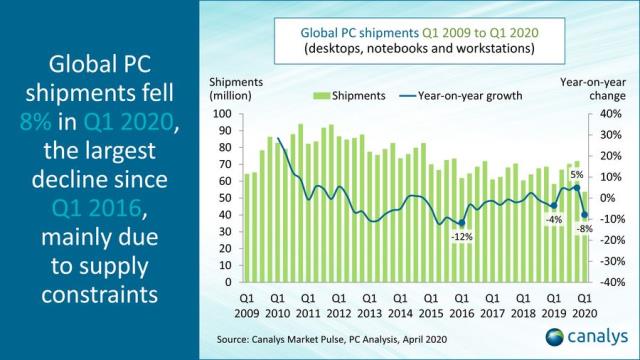 Global PC suppliers faced limited supply of Intel processors, caused by a botched transition to 10nm nodes. PC factories in China did not reopen after the Lunar New Year holidays due to coronavirus outbreak.

The significant decrease in PC business is despite increase in the demand for PCs, driven by remote working and learning requirements from strict lockdown measures.

Lenovo with 12.8 million units, HP with 11.7 million and Dell with 10.5 million are the top three PC suppliers. Apple’s PC shipments fell by over 20 percent to 3.2 million units during the first quarter. 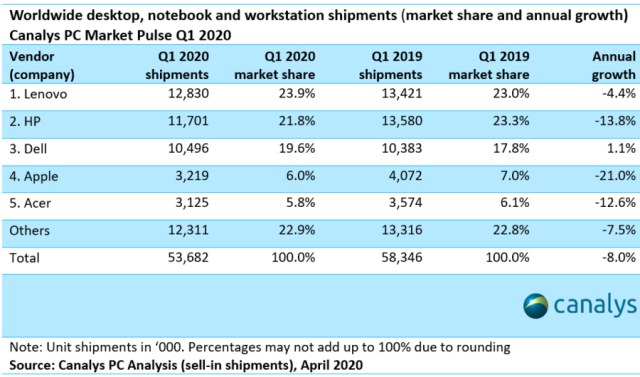 “The PC industry has been boosted by the global COVID-19 lockdown, with products flying off the shelves throughout Q1,” said Rushabh Doshi, research director at Canalys.

PC vendors will report healthy profits over the next few weeks, with operating margin percentages reaching all-time highs. Many other home technologies have seen similar popularity, including headphones, webcams, printers and monitors.

AMD is doing well increasingly being accepted as a competitive alternative to Intel by businesses as well as consumers.

The PC production constraints in China have eased. But the spike in PC demand seen in Q1 is not likely to be sustained and the rest of the year looks less positive.

“Few businesses will be spending on technology for their offices, while many homes will have been freshly equipped. A global recession has begun – businesses will go bankrupt, with millions newly unemployed,” Ishan Dutt, analyst at Canalys, said. 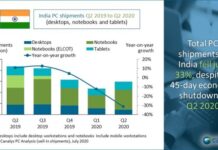 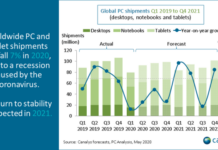