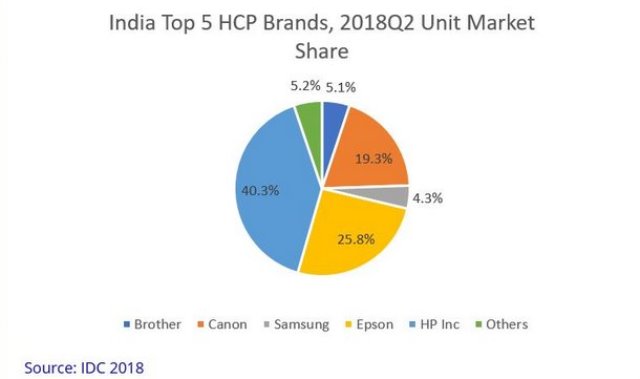 Epson is the second largest HCP market leader with 25.8 percent share. Canon has 19.3 percent share of the printer market. 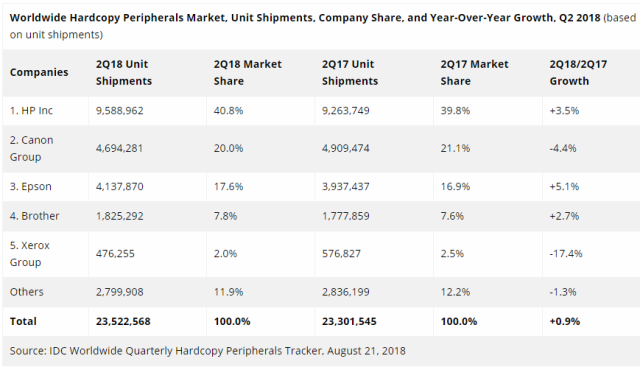 Inkjet and laser unit shipments both expanded in the quarter, each growing 0.8 percent year over year. 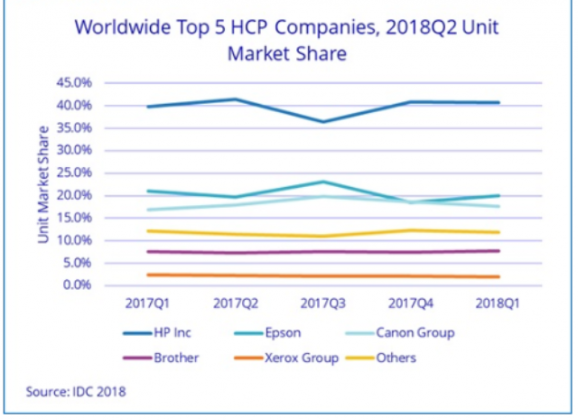 Epson enjoyed the largest year-over-year shipment growth, increasing 5.1 percent to more than 4.1 million units shipped. This was largely due to its strong growth within the Asia Pacific and Japan regions where business inkjets and ink tank models continue to thrive. 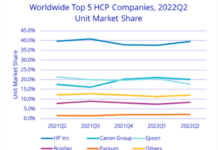 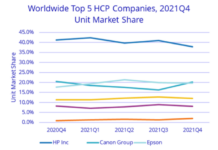