New workstations, according to Dell, are designed to run content creation, engineering, scientific and other professional software applications.

Ghost Town Media, a post-production company, has shared its experience with Dell work stations. Its latest project is CG-heavy and it needed strong processing power and speed. 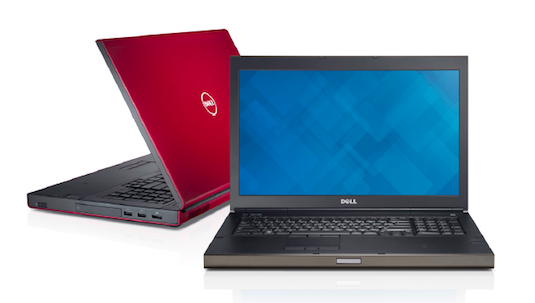 “We turned to the latest Dell Precision tower and mobile workstations with NVIDIA Quadro professional graphics as we found they provide massive acceleration that facilitate lightning-fast rendering, allowing complex 3D scenes to be rendered in minutes instead of hours,” said Brandon Parvini, principal and creative director, Ghost Town Media.

Dell says it is the first to bring a 15.6-inch Quad HD+ IGZO panel to the workstation market, with higher resolution than the Apple MacBook Pro Retina display.

In addition, it offers optional 10-finger Wacom multi-touch on a 17.3-inch display for intuitive control and interaction with creative and design applications.

Dell is also the first to offer WiGig wireless docking and has improved audio performance with WAVES MaxxAudio Pro integration.

The new Dell Precision mobile workstations deliver up to 16GB of 1866MHz memory, Intel Core i5 and i7 processor options up to Core i7 Extreme Edition, and AMD FirePro and NVIDIA Quadro professional graphics, with up to 8GB graphics memory on the M6800 configured with NVIDIA Quadro K5100M, for handling complex 3D work, including rendering and simulation.