Dell has gained 25.6 percent share in the market in the fourth quarter of 2014, which also represents 54.2 percent y-o-y growth (in unit shipments) and 6.6 percent y-o-y share gain in Q4 CY2014 across segments.

Dell had initiated many strategic initiatives in the past few quarters to achieve this growth including a simplified product line up, renewed go-to-market (GTM) strategy, an intensified channel engagement program as well as deeper customer engagement, according to Dell officials.

The number of stores for Dell has increased from 50 to 400 Dell Exclusive Stores in 20 months responsible for retail expansion, Dell said. 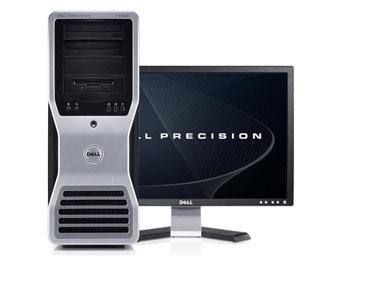 The consumer segment grew by 6.7 percent in 2014 from 2013 achieving the highest ever annual share gain.

According to IDC, Dell CSB segment saw its highest ever annual share gain in the India CSB segment, with a 7.5 percent increase in 2014 from 2013.

Dell CSB achieved the highest annual share of 21.7 percent in the CSB segment across all brands.

With 37 percent share, Dell is also the top commercial notebook brand, according to IDC.

Further Dell has maintained the first position in the Workstation category with a share of 43.4 in Q4 which shows 3.2 percent y-o-y share gain.