Device major Apple announced new MacBook offers for college students. As per the new offers, both MacBook Pro and MacBook Air are available with a price cut.

The offer is available in India.

Apple has priced MacBook Pro at a special price of Rs 69,900 after Rs 12,000 rebate for college students, the company said on Saturday in an advertisement appeared in Times of India’s Delhi edition.

The company is also offering MacBook Air at a starting price of Rs 59,900 after a Rs 8,000 rebate for college students.

More details on Mac products are available on Apple store.

Both offers are available for a limited time.

You may read MacBook Pro and MacBook Airspecifications here

Its built-in battery gives you up to 1,000 full charge and discharge cycles and up to 30 days of instant-on standby time.

Apple says the 15-inch MacBook Pro comes with a 2.3GHz quad-coreIntel Core i7 processor with 6MB of shared L3 cache and Turbo Boost speeds up to 3.3GHz.

You can configure it to be even faster with the 2.7GHz quad-core Intel Core i7, featuring 8MB of cache and Turbo Boost speeds up to 3.7GHz. You can also increase performance with the 512GB solid-state drive, which is up to 4x faster than a traditional hard drive. Or boost capacity with a 1TB hard drive.

The 13-inch model speeds things up with either the 2.5GHz Intel Core i5 or the 2.9GHz Intel Core i7. With Turbo Boost speeds up to 3.6GHz, these processors bring more power to everything you do, according to Apple.

Apple claims that the 11-inch MacBook Air now lasts up to 9 hours between charges and the 13-inch model lasts up to an incredible 12 hours.

MacBook Air is powered by Intel Core i5 and i7 processors. Intel HD Graphics 5000 offers up to 40 per cent faster graphics. 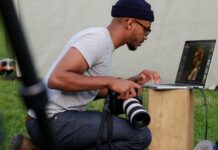