This demonstration also represents a significant step forward in expanding the footprint of x86 APU accelerated performance within the data center.

AMD Berlin will showcase a Heterogeneous System Architecture (HSA) featured server APU ahead of its official launch later this year.

The combination of Linux and Java on AMD APU platforms provides an ideal platform for server-based multimedia workloads and general purpose GPU compute that will help drive new levels of workload efficiency in the data center.

AMD also will demonstrate software-based on OpenCL and OpenGL on Berlin.

“As servers adapt to new and evolving workloads, it’s critical that the software ecosystem support the requirements of these new workloads,” said Suresh Gopalakrishnan, corporate vice president and general manager of the Server Business Unit, AMD.

AMD amends GlobalFoundries deal, will buy $2.1 bn worth of wafers 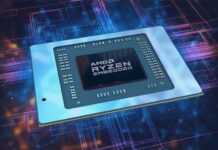