The number of large data centers operated by hyperscale providers increased to 659 at the end of the second quarter, Synergy Research Group said. 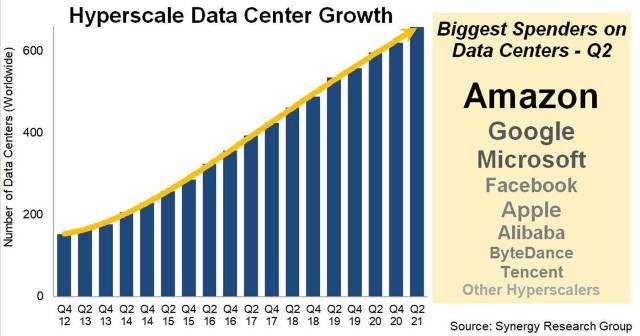 The US and China continue to account for over half of the major cloud and internet data center sites. The next most popular locations are Japan, Germany, UK, Australia, Canada, Ireland and India, which collectively account for another 25 percent of the total.

Amazon, Microsoft and Google collectively account for over half of the data center footprint. Three Chinese companies – ByteDance, Tencent and Alibaba — stand out in terms of data center growth rate over the last four quarters.

The biggest spenders in the second quarter were Amazon, Google and Microsoft, followed by Facebook, Apple, Alibaba, ByteDance and Tencent taking into account both new data centers and updating existing facilities.

The companies with the broadest data center footprint are the leading cloud providers – Amazon, Microsoft, Google and IBM. Each has 60 or more data center locations with at least three in each of the four regions – North America, APAC, EMEA and Latin America.

Oracle, Alibaba and Tencent also have a notably broad data center presence. Other firms tend to have their data centers focused primarily in either the US (Apple, Facebook, Twitter, eBay) or China (Baidu, JD.com).

“On top of that new data center build, the hyperscale operators are also adding capacity at existing facilities and are regularly ripping out and replacing server hardware that has reached the end of its operational lifespan,” said John Dinsdale, a Chief Analyst at Synergy Research Group. 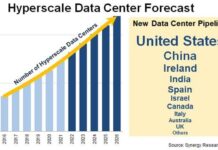 Installed base of data centers will pass 1,000 mark: Synergy 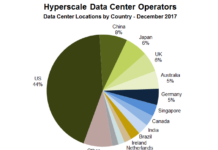