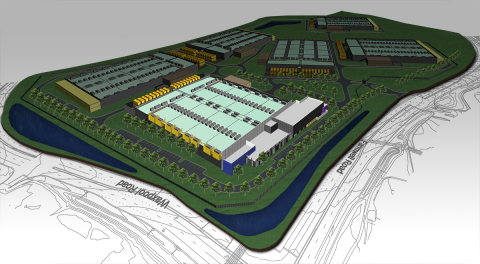 The Ashburn VA3 Data Center represents phase one of RagingWire’s Ashburn Data Center Campus development which can accommodate six buildings on the 76.5 acre site in Ashburn.

RagingWire and NTT Communications made this announcement at the 2016 Gartner Data Center, Infrastructure, and Operations Management Conference being held in Las Vegas from December 5-8.

The VA3 Data Center joins RagingWire’s VA1 and VA2 data centers, which also are in Ashburn.

The combination of VA1, VA2 and VA3 creates a data center footprint of over a half million square feet of space and 44.4 megawatts of power, and includes on-site security officers and multi-layered security systems, highly efficient cooling and carrier-neutral telecommunications, and direct connectivity to top cloud providers and other data centers in Data Center Alley.

The investment in the VA3 Data Center by RagingWire and NTT Communications is significant for the Virginia economy.

It creates jobs and supports the exemption from the Virginia Sales and Use Tax on qualified equipment purchases by RagingWire and its customers.

NTT said this exemption has resulted in millions of dollars of savings for RagingWire customers and encouraged companies to establish or expand their IT and business operations in Virginia.