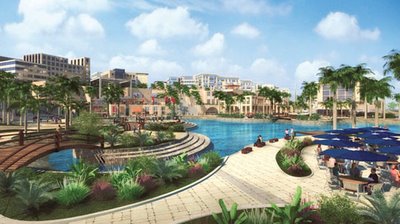 Infotech Lead India: As the global population hurtles past the 7 billion barrier, more and more people are living in cities than ever before. This is especially true of developing countries which account for 20 of the world’s 27 megacities. With above average levels of population and economic growth in these regions, traffic congestion has quickly ensued, which is detrimental to GDP, the environment, as well as health and safety. Companies embracing multiple aspects of the modern smart city will be best placed to win contracts for advanced systems that better control, monitor, and manage traffic flows in emerging megacities.

Although congestion is also a problem in developed countries, it is a situation that has taken decades to build up, giving officials more time to address the problem. By comparison, developing cities are growing extremely quickly causing congestion to build up much more rapidly. Cities with serious aspirations of growth are being hamstrung by the relocation of major businesses to less congested areas. This, coupled with deterioration in air quality and associated health problems as well as more, often fatal, road collisions has caused authorities to look, increasingly, at investing in traffic management systems (TMS).

One of the barriers to implementing these solutions is securing funding and for this reason, electronic toll collection (ETC) is likely to form the first stage of many TMS in order to bring in revenues that can be spent on more advanced systems at a later date.

Companies with ETC in their portfolios will therefore likely be the earliest beneficiaries. However, control and monitoring of traffic is increasingly seen as part of a wider system of systems. Disparate systems that control energy consumption, transport, health, waste management etc., will soon become connected and this means big business for those that are taking a more holistic approach to the smart city such as Telvent (Schneider Electric), Siemens, IBM, and Cisco.