Internet of Things (IoT), which is described as the “third wave in Internet,” has already brought revolutionary changes in major industry verticals like energy, telecom, healthcare, smart cities, banking, surveillance, and more. In today’s competitive environment, IoT presents an opportunity to realize costs and bring efficiency in businesses. With IoT expected to connect around 28 billion devices by 2020, we think 2015 will be a promising year for Information and Communications Technology (ICT) and all related segments that contribute to the development of IoT applications. WebNMS is poised to address the market needs by offering a highly scalable IoT Platform that enables rapid development of custom IoT solutions across a wide range of industries.

Emerging economies to jump on the IoT bandwagon

While the homogeneity of connectivity needs will drive the growth of IoT in North American market, changing government policies and the open eco-conscious culture will drive IoT adoption in Western Europe and Asia Pacific to outpace North America in terms of IoT revenues and installed base through 2020. Government initiatives like “Smart Cities 100 by 2022” and “Digital India by 2017” herald a new era for IoT in India.

Also, B2B IoT adoption will gain momentum due to the enormous cost savings it brings to businesses of all types. The growth will be fastest in emerging economies in Asia Pacific. While countries like Japan, Singapore, China, Australia and South Korea have already gained foothold in B2B IoT, others like India, Malaysia, Thailand and Indonesia are expected to be some of the fastest growing B2B IoT markets in Asia Pacific between 2014 and 2017. Recent surveys reveal that Indian businesses are turning to IoT to improve customer experience, delivery process, safety, forecast accuracy and regulatory compliance.

In simpler terms, IoT is the convergence of IT and telecom. The synergy of modern software technologies with high-speed communications network enables intelligent interconnection and interaction between smart devices – be it smartphones, healthcare equipments, building automation devices or factory sensors. Thus IoT opens a new stream of revenue opportunities for telecom providers, especially those in emerging markets where they are struggling to increase ARPU. The capital intensive telecom industry in these countries can turn IoT into an opportunity to deliver on-demand services to customers by leveraging their existing infrastructure. Telcos are partnering with technology providers to deliver services like vehicle tracking, smart metering, building monitoring, ATM monitoring, etc.

IoT promises different business cases for telcos. While some of the telcos offer only network capabilities, others are keen to manage the services themselves. However, connectivity contributes to only a miniscule percent of the total M2M value, so operators are keen to invest in IoT applications and other services that offer better returns. We can expect more partnerships in 2015 between telcos and technology providers under different business scenarios– to provide only the network, resell a white-label solution, or merge IoT with their legacy offerings. The much talked about deal in which Vodafone acquired Cobra Automotive Technologies for145 million euros demonstrates IoT opportunities for telcos in key segments like telematics.

WebNMSIoT Platform supports a wide range of protocols (Modbus, RS-232/485, MQTT, CoAP, REST, TR-069, SNMP, and so on). It is also capable of integrating any new protocols, sensors, and gateways, enabling enterprises to customize to suite their requirement and minimize platform vendor dependency.

One of the major driving forces behind IoT adoption is efficiency gains. IoT applications like Smart Grid, Solar Farm Manager and Wind Monitor are a few examples that show the growing relevance of IoT in energy infrastructure of a country. Telematics and remote monitoring of assets like ATMs and industrial units help businesses save on operational costs while also reducing security risks.

While efficiency drives IoT adoption, there are a few concurrent factors that act as catalysts for the growth of IoT ecosystem.

Falling cost of sensors and connected devices: Sensors play a vital role in IoT infrastructure. Smart devices such as smartphones, tablets, etc., act as IoT gateways. These devices with built-in sensors have become the foundation for next generation of intelligence in home and business applications. The explosive growth of these devices and the subsequent price reduction have helped IoT market surpass the previous outlooks. Security Sensors, Grid Sensors and Condition Sensors are the most prominent sensor categories in IoT deployments.

Lowering communications costs: Lowering costs of internet, as well as the availability of high-speed Internet in major cities and towns have made IoT adoption quick in emerging economies. Investments in latest technologies like 3G and 4G are expected to improve network efficiency while also reducing communications costs in the coming years. In India bandwidth costs have reduced by over a factor of 40x over the past 10 years.

A large number of organizations have adopted IoT as part of their CSR initiatives. Integrating renewable energy resources using smart grid technologies and adopting telematics and remote monitoring for better utilization of resources are some of the most effective steps any organizations can adopt to save on resources. Worldwide there is an urge to reduce carbon footprint, so every initiative that contributes to this objective adds value to the organization’s sustainability goals. In its latest sustainability report, Verizon, the leading telco in the U.S., revealed how IoT helped the company reduce carbon emission and improve overall efficiency. Precisely, IoT technologies have enabled carbon reductions in the range of 1.25-16.03 metric tons for Verizon in 2013.

As with any other technology, IoT too faces challenges in the development stage. One of the common concerns raised about IoT is security. While some of the studies show IoT may bring security risks, especially in healthcare and smart home applications, others counter it saying IoT may not be the immediate target for spammers and cyber criminals because they may not find much value to have control of the IoT applications which are currently in use.

Security concerns surrounding IoT arises from the notion that embedded computing devices are prone to security flaws. Also, there are concerns about accessing these services via public WiFi networks. These issues can be addressed by implementing the right security protocols. WebNMS is prepared to address these flaws at both device level and network level. We secure the connected devices by adopting the following measures.

The security market is evolving to contain the new challenges arising from IoT and connected devices. For instance, companies are deploying distributed firewalls to protect their control system networks. With IoT being a major driving force in the coming years, distributed firewall products market is expected to cross $675 million by 2018.

While IoT promises efficiency improvements in businesses and e-governance, there are associated infrastructure hurdles. Poor broadband penetration in remote and rural areas poses challenge to the country’s projects that focus on rural mass (e.g. smart grid, banking, telemedicine, e-governance, e-learning, etc.). While the situation is better in urban areas, there are hurdles like slow broadband speed and poor connectivity. The success of the smart city will be determined by the high speed broadband penetration in India. To realize the pilot projects on smart city, Government must bridge the digital divide so that the solution providers can focus on the integration of technology between disparate sectors viz. healthcare, transport, and utilities.

How WebNMS is prepared to leverage the market of IoT globally

Globally IoT market is expected to grow to $3.04 trillion in 2020 from $1.3 trillion in 2013. Being an early-mover in the IoT ecosystem, WebNMS has been part of the revolution helping enterprises develop innovative IoT/M2M applications that reinvent their business models and deliver competitive advantage. Our IoT solutions focused on energy management and remote monitoring are designed to address environmental concerns and impart socially responsible business culture.

In 2014, WebNMS partnered with CloudGate to bring new level of flexibility and ease of deployment for IoT/M2M solutions. CloudGate, Option’s M2M Gateway, is known for its competitively priced LAN to WWAN routing and GPS functionality in a single basic unit. The product is certified on all major US cellular operators (CDMA/EvDO and WCDMA/HSPA+).

In recognition with WebNMS’ efforts to contributing to promoting Green Technology, The Financial Express recently conferred the company with the Silver Medal at the Express IT Awards under “Green Technology” category. WebNMS was chosen for its significant contribution to the Internet of Things (IoT) ecosystem with a suite of solutions that help enterprises and individuals improve security and bring energy efficiency.

We look forward for a fruitful year for IoT across the globe and specifically in emerging economies. We are planning to expand our IoT applications to new areas like Telematics, Livestock Management, and Cold Storage Monitoring. With growing awareness among business and consumers about the benefits of IoT, we believe 2015 will be a defining year for IoT and all related services. Also, the rapidly growing smartphone user base and the expanding broadband networks will act as catalysts for its growth. 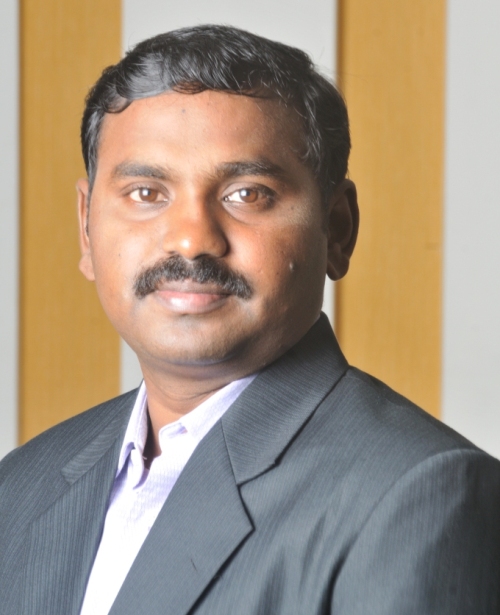 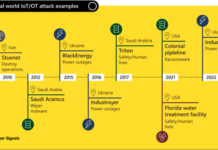