Infotech Lead India: According to Frost & Sullivan, the re-imagining of Windows in version 8 represents a major step in the interface. With Windows 8 not just the actions of touch and swipe, but the principles of the touch interface and Apps of Smart phone or Tablet are brought to the desktop.

When the touchscreen devices are seen together with the new Operating System, they are impressive. Windows 8 brings life back to the laptop format and delivers a great tablet experience, even making old desktops appear new and exciting. Users will be pleased to see the similarities between their Smartphones and their PC devices. Microsoft is betting that these big changes will drive a new wave of purchasing and more integration of mobile and desk-based systems.

Whilst there won’t be quite the hype and buzz that follows a new Smart phone or tablet, Windows 8 should be looked at equally as seriously in the market. For people looking for new devices with touch-enabled screens, the tablet or laptop question now gets a lot tougher. For Organisations keen to roll-out corporate-wide Apps the Windows 8 platform may represent the chance to get ahead in the game.

However, often for IT departments’ big changes can mean slow adoption. If you’ve moved to Windows 7, then you will most likely delay this upgrade. However, many customers are expected to use old platforms and more importantly old kit, so the attractions of Windows 8 on a new touch-enabled device will be a big draw. Similarly, as more and more Apps are developed for Smartphones and tablets, the advantages of having a single target platform for developers and IT teams is likely to be pushed in favor of an upgrade.

With this latest release, Microsoft is taking us through a major change, from building with Windows to decorating with Tiles. The difference is significant. Given strong backing by its Original Equipment Manufacturers (OEMs) and partners, Windows 8 is expected to be a success while ensuring we enjoy Apps wherever we are. 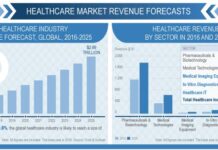 Microsoft to supply Windows 8-based mobile cloud solution to Bridgestone