VMware CEO Pat Gelsinger said: “Customers are turning to VMware to help them run, manage, secure and connect their applications across all clouds and all devices, with unparalleled connectivity, security and visibility.”

Sanjay Medvitz, research analyst at TBR, said: “VMware continues to grow top-line revenue year-to-year but faces ongoing challenges to improve licenses as its traditional virtualization business slows. VMware will be challenged to achieve high single-digit revenue growth over the next two years as it seeks to offset declining vSphere sales and competes in crowded growth markets for hybrid cloud and software-defined storage and networking.”

This evolution of VMware products puts the vendor in increasing competition with providers such as Microsoft, Amazon Web Services (AWS), Red Hat and Cisco.

VSAN exceeded expectations in Q2 2016, driven by strong performance within both VxRail and other hyperconverged infrastructure solutions. NSX license bookings more than doubled in Q2 2016, and NSX customers now exceed 1,700 – up from 1,200 at the end of 2015 – as VMware continues to gain traction in a software-defined networking market dominated by heavyweight Cisco. VMware will leverage acquisitions like Arkin Net to quickly improve NSX and put pressure on competing solutions like Cisco ACI.

VMware appointed Dirk Hohndel as the organizations first ever chief open source officer. Hohndel comes to VMware from Intel, where he served as Chief Linux and Open Source Technologist for fifteen years. Hohndel’s will be tasked with leading VMware’s open source strategy, improving the use of open technologies both internally and with customers, and help VMware take a more proactive stance in open source projects and communities.

VMware’s legacy as a closed, proprietary, and expensive technology provider has damaged its reputation in open source communities and slowed VMware’s adoption with open source developers. Hohndel will be a welcome addition to VMware as both a strategic leader and an open source community ambassador. VMware is no stranger to open source solutions; the vendor released a new version of VMware Integrated OpenStack (VIO) in Q2 2016 and is investing heavily in its Linux-based container solutions, vSphere Integrated Containers and Photon OS. VMware can’t afford to ignore the threat of open source cloud management and container platforms as viable replacements for traditional virtualization and management technologies over the long term. Appointing an established leader like Hohndel helps VMware signal to the open source community that its commitment is serious, and that open source strategy will have an executive-level advocate in the VMware board room.

Continuing its expansion into open source markets, VMware announced VIO 2.5 in Q2 2016. VIO is VMware’s flavor of OpenStack-based IaaS, and is designed to integrate vSphere Enterprise in order to provide a bridge between VM environments and other private clouds. VIO 2.5 includes enhanced integration with VMware products like vSphere and NSX, as well as improved automation capabilities for IT operators. The update indicates that VMware remains dedicated to improving its open source and OpenStack management capabilities, despite having to relinquish control within cloud environments which increasingly integrate one or more management platforms outside VMware’s purview.

The acquisition of Arkin Net adds valuable management capabilities to the vRealize Suite and NSX platform, which VMware can quickly deliver to customers through flexible pricing tiers

Pricing may be the most complex part of the acquisition for VMware, as is seeks to make the Arkin platform available to vRealize and NSX customers in a cost efficient manner. In May VMware expanded the license options for NSX to include Standard, Advanced, and Enterprise editions. The new pricing tiers should make it easier for VMware to bundle in Arkin’s management capabilities with minimal disruption to existing customers, and may also be used to provide incentive for customers move up in pricing to gain additional functionality if Arkin is restricted to the top pricing tiers.

The acquisition is scheduled to close at the end of June, and should experience a smooth transition. Arkin had an existing technology partnership with VMware. Arkin Net’s cofounder, Shiv Agarwal was also a former product manager at VMware. Arkin’s management platform will be integrated with the vRealize Suite, improving VMware’s networking capabilities by adding planning, operations, scaling and other management capabilities for NSX deployments. 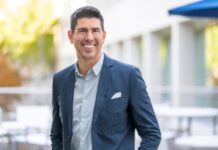