AWS, a part of Amazon.com, told Parler of its decision last week in a letter to chief policy officer Amy Peikoff.

Amazon Web Service (AWS) cannot provide services to a customer that is unable to effectively identify and remove content that encourages or incites violence against others, the letter to Peikoff stated, adding that Parler poses a very real risk to public safety.

Posts on Parler encouraged violence leading up to the attack on the Capitol that left five people dead were circulated on other platforms in the wake of the riot.

Parler has sued Amazon for terminating its web hosting services, saying an extended shutdown would be like pulling the plug on a hospital patient on life support.

Parler claimed that Amazon Web Services (AWS) severed ties to stop it from competing with the larger social platform Twitter.

Amazon, however, said it is troubled by repeated policy violations by Parler.

Google and Apple have removed Parler from their respective app stores after they found that Parler did not take stronger action to remove posts that sought to incite violence in the US.

Parler has not taken adequate measures to address the proliferation of these threats to people’s safety. “We have suspended Parler from the App Store until they resolve issues,” Apple said in a statement on Sunday.

Parler is touted as a free-speech alternative, allowing posts that include conspiracy theories, threats and hate speech, among other things, to remain on the platform.

Apple, Google and the rest of the anti-competitive pack of big tech tyrants coordinate their moves and work together to stifle competition in the marketplace, John Matze said.

Google had earlier removed Parler from its Play Store after it found that Parler did not take stronger action to remove posts that sought to incite ongoing violence in the US.

“We’re aware of continued posting in the Parler app that seeks to incite ongoing violence in the US. In light of this ongoing and urgent public safety threat, we are suspending the app’s listings from the Play Store until it addresses these issues,” Google said. 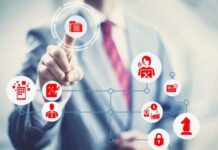