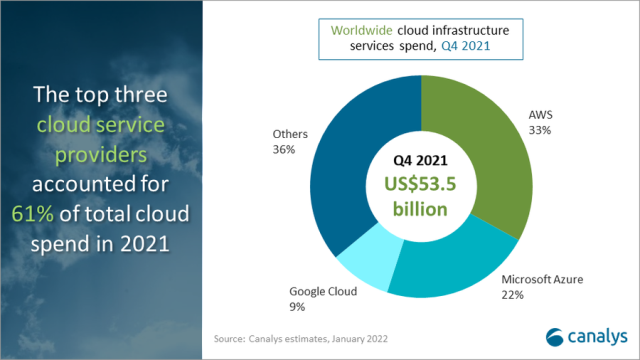 “Cloud services are well positioned for individual developers and organizations looking to enter the metaverse,” said Canalys Research Analyst Blake Murray. “Compute will be in high demand in virtual and augmented reality environments, while storage, machine learning, IoT and data analytics will be essential to support operations such as digital twinning, modeling and interactivity in the metaverse.” 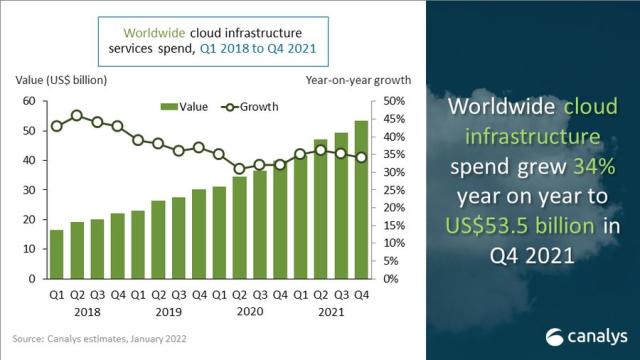 AWS also announced key customer wins across retail, healthcare and financial services and emphasized a key agreement with Nasdaq to migrate markets to AWS to become a cloud-based exchange.

Google Cloud was the third largest provider and grew 63 percent to account for 9 percent of the market. The Google for Startups Cloud Program expanded support for investor-backed startups and won key customers, including some in the virtual reality space. Google Cloud announced a dedicated $1 billion five-year investment across Africa to support digital transformation efforts.