Google has agreed to buy CloudSimple, a supplier of software that enables companies to run computing workloads that are based on VMware’s server virtualization technology. Terms were not disclosed.

Google’s Cloud Platform is behind in terms of market share as compared with Amazon Web Services and Microsoft Azure, according to research firm Gartner.

Google in July said that its cloud unit, including the G Suite productivity software portfolio for businesses, had reached an $8 billion annualized revenue run rate — that’s double the run rate the company claimed in early 2018.

“We believe in a multi-cloud world and will continue to provide choice for our customers to use the best technology in their journey to the cloud,” Rich Sanzi, a vice president of engineering at Google, wrote in a blog post on Monday. 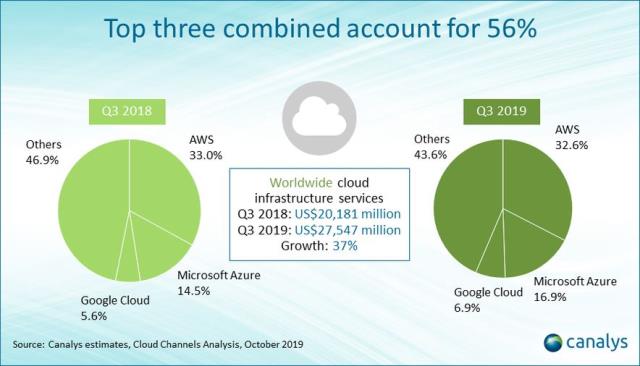 Many large companies run their data centers with VMware tools, and VMware itself in recent years has made its systems available on top of cloud providers’ infrastructure to ease cloud adoption. Google in July announced a partnership with CloudSimple to give customers better VMware support.

Google has also acquired data analytics company Looker for $2.6 billion. The Looker deal hasn’t closed yet, however, and the U.S. Justice Department’s antitrust division moved to seek information from the two companies as part of a review, Bloomberg reported.

CloudSimple supports Microsoft Azure as well as Google’s cloud, and had received venture funding from Microsoft’s M12 division. The company was founded in 2016 and is based in Santa Clara, California, with about 75 employees.