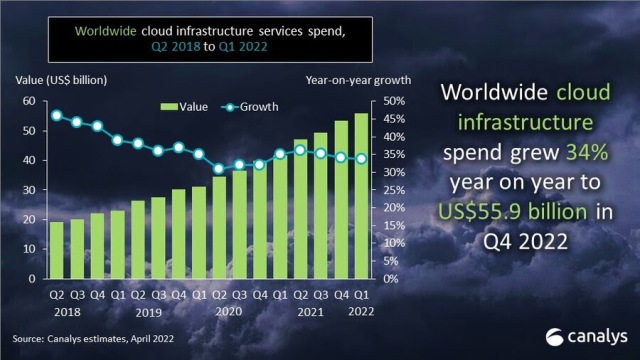 AWS expanded its global presence, launching 16 Local Zones in the US and announcing plans to add 32 more Local Zones across 26 countries. 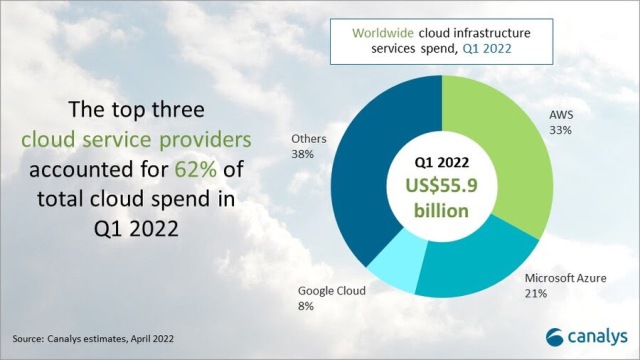 Google Cloud announced a reshuffle to bring together its ecosystem and channel sales teams and pledged to double spend on its partner ecosystem over the next few years, which includes co-marketing and training.

Systems integrators, including Accenture, Atos, Deloitte, HCL Technologies, TCS, Kyndryl, Tech Mahindra and Wipro, are building practices with tens of thousands of cloud engineers and consultants. This has also included acquisitions of cloud application development and migration specialists, as well as the launch of dedicated cloud services brands.

“As the use cases for cloud infrastructure services expand so does the potential complexity, and we see that hybrid and multi-cloud deployments are commonplace in the market,” said Canalys Research Analyst Yi Zhang. “The hyperscalers are investing in rapid channel development and partners are responding as the opportunities grow.”

Other companies who have a market share of 1 percent include Baidu, China Telecom, China Unicom, Huawei, Fujitsu, NTT, Rackspace and SAP, according to Synergy Research Group.