Amazon Web Services is the biggest cloud services provider, competing with Microsoft and Google Cloud. Amazon’s cloud unit is expected to generate $34.9 billion in sales in 2019, according to IBES data from Refinitiv.

In addition to the FTC probes, the Justice Department and House of Representatives Judiciary Committee are investigating all four big tech companies. 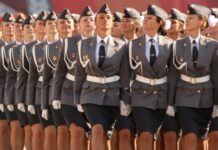