Hugo Boss said it will stop investment in nonessential system implementations as part of the strategy to cut cost during the Covid-19 epidemic.

Josef Richter is the CIO of Hugo Boss. Hugo Boss does not reveal its investment in IT areas.

Hugo Boss is cutting Capex budget by around one-third as compared to initial plan of around €150 million. This mainly includes postponing planned store openings and renovations. Hugo Boss has also decided to hold all nonessential IT investments.

“We will invest in digital marketing with a strong focus on our e-com platforms and social media in order to keep driving brand momentum for Boss and Hugo. We are also eliminating non-business critical operating expenses including reducing third-party services and halting nonessential system implementations,” Hugo Boss CEO Mark Langer said.

“This reflects the importance of our own website hugoboss.com, but it’s also proved positive for the success of our online concession business implemented with many of our core partners,” Mark Langer said.

Hugo Boss said it is in the midst of strengthening social commerce capabilities on WeChat in order to further accelerate online sales growth in China.

Hugo Boss targets additional cost savings of at least EUR 150 million over the course of the year. Hugo Boss aims at reducing the inventory inflow in fiscal year 2020 by at least EUR 200 million versus its initial plan. 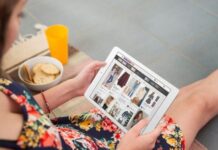 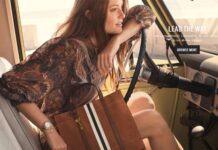