Analyst firm Canalys has identified 12 technology suppliers as Champions of channel management in the EMEA region. 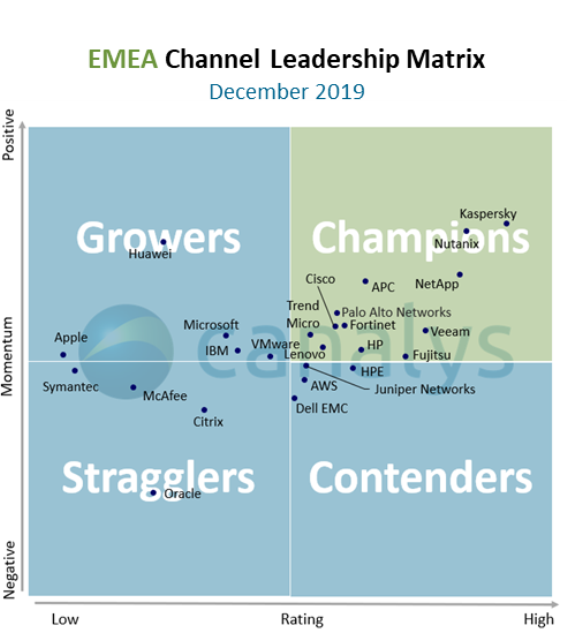 Seven of the vendors — Fortinet, Fujitsu, HP, Lenovo, NetApp, Palo Alto and Veeam –have retained their Champion status from last year. This is an exceptional achievement, as it requires a vendor to show year-on-year improvements in their partner engagement, as well as further increase channel investment.

This year’s Champions span a broad spectrum of technologies, including PCs, networking, data center infrastructure, software and security. They all show improvements in channel processes to drive simplicity and ease of doing business; they prioritize investments in partner profitability and business models; and demonstrate a commitment to maintaining or growing the share of revenue generated through partners.

All of the Champions generate the majority of revenue through partners, but crucially are supported by a channel-led sales approach. This tends to be reflected in the importance given to channel management functions at a corporate level, and internal sales cultures that recognize the value of partners to the vendor’s success.

Contenders: AWS, Dell EMC, Hewlett Packard Enterprise (HPE) and Juniper either have high partner ratings relative to competitors, or have made significant channel investments, but have seen partner sentiment decline over the last year.

Growers: Apple, Huawei, IBM, Microsoft and VMware have lower scores relative to peers, but have seen improvements over the last year.

Stragglers: Citrix, McAfee, Oracle and Symantec have the lowest scores and have seen partner sentiment stagnate or fall in the last 12 months.

The Leadership Matrix assesses vendor performance in the channel, based on channel feedback into the Vendor Benchmark over the last 12 months, and independent analysis of vendor channel strategy, investment, execution and planned initiatives by experienced Canalys analysts. 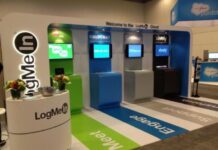