Infotech Lead Asia: Gartner has released top 5 IT service providers in India based on their revenue market share. TCS is the leading IT company in the IT services market in 2012.

Gartner says the top five Indian providers grew 13.3 percent to $34.3 billion in 2012, exceeding the IT services industry growth of 2 percent.

Cognizant has become the #2 IT services company, ahead of Infosys.

Cognizant experienced the highest growth rate among the top five providers with an increase of 20.1 percent in 2012.

TCS closed in on the top 10 worldwide market share leader, with less than $1.5 billion separating it from the 10th ranked provider, Hitachi.

In the past five years, the top five Indian service providers have been winning large outsourcing deals (with contract value of more than $100 million). Their target customer segment still remains the Fortune 1000 companies.

“Most of these firms have a large-deal pursuit sales team that goes after deals of more than $35 million in contract value. There is a strong focus on, and investments in, cloud, analytics, mobility, infrastructure and knowledge processes. India-based providers have become much more aggressive in infrastructure management because it offers them the potential to grow bottom-up within accounts,” said Arup Roy, research director at Gartner.

Revenue contribution from project-based and staff augmentation deals has continued to decline for the top five Indian-based providers, and the outsourcing service line component has steadily increased. They have also made significant strides in developing industry-specific BPO services through acquisitions and/or organic growth. There is an increasing focus on integrated services play. 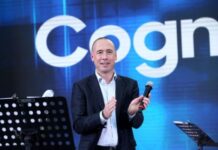 India extends work from home for IT companies and BPOs