Scaler (by InterviewBit), tech upskilling startup, announced a promising set of hiring trends that are predicted to shape up the tech industry in 2022. 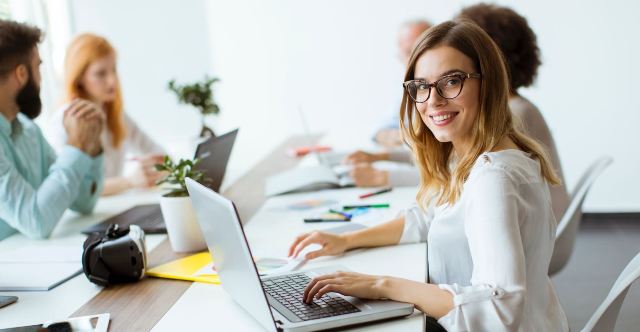 Based on an in-depth analysis of how the year has played out for the Indian tech industry, Scaler Academy has forecasted the key trends that will shape the tech hiring landscape in 2022. There are six major trends that Scaler has identified that could significantly impact how the tech industry functions in the coming year.

# Coders are bound to claim more CXO level jobs in the tech industry.

# Campus hirings are soon to be replaced by nationwide qualifier tests.

# Representation of talents from non-metropolitan cities is set to increase in some of the biggest IT firms.

# Migration of techies from service to product-based companies.

Up until a few years ago, the thought of a “geeky coder” without a fancy B-school degree competing for top jobs in some of the biggest tech companies in the world would have seemed utterly absurd to many. But now, as the Elon Musks (Tesla) and Parag Agarwals (Twitter) of the world emerge, the stereotypical notion of ‘who should be a CEO’ is slowly witnessing a change.

“These coder turned leaders are not only adept in thriving at leadership roles but are also more than capable of troubleshooting the bugs of their techs,” said Abhimanyu Saxena, Co-Founder, Scaler & InterviewBit. One can only conclude that with this rising trend of skilled coders transitioning ever so smoothly into leadership roles, we are witnessing the start of yet another tech revolution.”

Before the onset of the pandemic, virtual hirings were never a norm. The pandemic induced lockdowns meant that the tech companies were compelled to do away with in-person hirings.

Currently, more than 20 lakh of India’s workforce from Engineering, IT, R&D and BPM are from the top 15 tier 2 cities, according to a study conducted by Zinnov, a leading global management and strategy consulting firm. This is a clear sign of things to come with tech companies already reaping the benefits of democratising their hiring processes.

Tech companies are steadily shifting away from campus-based recruitment programs and opting for nationwide qualifiers for their new hires. This trend is expected to continue in the coming years mainly due to two factors. One is the ability to discover a diverse set of talents due to the nationwide accessibility of these online tests. Secondly, the fresher hiring process becomes faster and cost-effective with such effective systems in place to scrutinise and monitor the candidates.

For instance, TCS launched the TCS National Qualifier Test (NQT), an online qualifier test for hiring freshers. The programming and cognitive skills of the candidates are evaluated in these qualifiers. Due to its growing popularity, other tech companies also hire candidates based on their NQT scores. Similarly, Infosys launched the ‘Infosys Certification Exam’, a qualifier test that allows freshers to apply for jobs with Infosys. With two of the biggest IT firms in India opting for such qualifier tests, the other tech firms are bound to follow suit in 2022.

Increasing reliance on technology and automated software in hiring

The utilisation of technology in the recruitment process has increased drastically over the last two years. A study conducted after the onset of the pandemic has revealed that 94 percent of the recruiters now rely on software to shortlist candidates. Software assisted hirings where the highly developed AI technology of our times is more than capable of objectively shortlisting the right candidates from the clutter has become a boon to the tech recruiters.

For a year or two, a couple of factors have combined, making it easier for techies from non-IIT backgrounds to land jobs at some of the highest-paid MNCs. One major factor has been the relative ease with which techies can upskill themselves. With the rise of the ed-tech industry, freshers and experienced professionals have been exposed to the immense growth potential upskilling has to offer. Techies from across the country now believe that they, too, can dream big in this industry. With ed-tech growing in prominence in the Indian market, these are certainly encouraging signs for non-IIT graduates. Secondly, with the virtual hirings and hybrid working models, the recruiters are finally open to considering candidates from non-glamours institutes. With these two factors taking precedence in the industry, this trend of regular IT professionals scaling the heights is destined to grow exponentially in the coming years.

There are two significant reasons why techies want to shift from service-based to product-based. With much better pay and flexible working hours, a job in a product-based company are desired by many. Yet, only a small percentage of these professionals end up cracking these jobs. This is mainly due to the highly demanding ask from these tech companies, which most of the techies cannot match.

In 2020, the IT industry accounted for nearly 8 per cent of the Indian GDP. With the IT sector playing such an essential role in the Indian economy, no pandemic can stop this industry from adapting to the testing times. Despite all the chaos, a skilled workforce is necessary for any IT firm to flourish in such a competitive environment. Therefore, identifying the trends in hiring is essential to the industry’s sustainable growth. 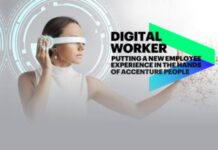 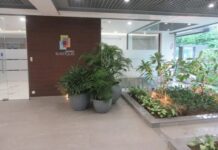