Infosys executive vice-chairman Kris Gopalakrishnan has offered Rs 225 crore to develop a Centre for Brain Research at the Indian Institute of Science (IISc) in Bangalore.

This is one of the single largest donations the 105-year-old institute has received from an individual. 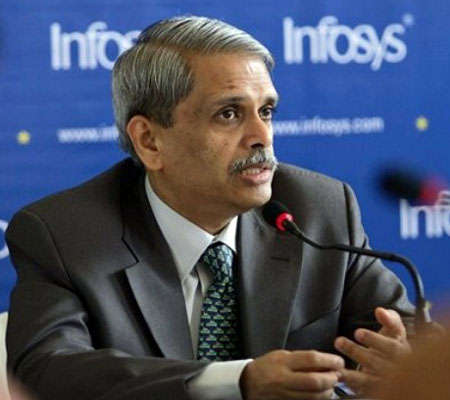 Gopalakrishnan will give the money under the banner of the Pratiksha Trust, a charitable organization he has set up with his wife Sudha. The trust funds education, research, innovation and entrepreneurship.

The money will be handed over 10 years for the establishment and functioning of the research centre. The project is also supported by the Centre for Neuroscience and other facilities at IISc.

The broad goal of the centre is to understand the functioning of the brain. It focuses on the study how a normal brain ages and what factors lead to neurodegenerative conditions and diseases like dementia which are accelerated by old age, said Vijayalakshmi Ravindranath, chairperson, Centre for Neuroscience, IISc.

The research will mainly focus on whether it’s possible to have an early diagnosis, better quality of life for those diagnosed with the problem and ensure treatment. The centre will also look at links between brains and computers and leverage existing understanding of brain functioning to create better models of computing, she said.

The centre will be guided by an international scientific advisory board chaired by Nobel laureate Prof Torsten Wiesel. Stanley Fahn (Columbia University), Sangram Sisodia (University of Chicago), John Morris (Washington University, St. Louis) and Giovanni Frisoni (University of Geneva) are among the members who will help start operations at the centre, set research goals, and guide it.
Gopalakrishnan will also fund the setting up of three chairs each in the departments of computer science, IISc and at the Indian Institute of Technology, Madras, Infosys said.
With its focus on clinical research, the centre is expected to have 50-75 faculty as well as visiting faculty and post-doctoral students. The centre will be an autonomous body in the institute.

Infosys to create 500 jobs in Calgary, doubling its workforce in Canada