To fund philanthropic activities and encourage entrepreneurship, four of the seven original promoters and their family Monday jointly sold off 32.6 million shares of Rs.5 face value in the blue-chip company.

“We sold a small portion of our shares to fund philanthropic activities and encourage entrepreneurship,” Murthy told IANS, a day after informing the regulators about the sudden transaction through multiple deals.

Besides Murthy, two founders – Nandan Nilekani and K. Dinesh, their family members, and the wife of the other founder S.D. Shibulal – sold the shares valued at Rs.6,484 crore ($1.05 billion).

“As I am no longer associated with Infosys in official capacity, I intend to devote the rest of my life to philanthropy along with some of my old partners,” the 68-year-old Murthy said, hinting he would continue to be active in his new phase of life.

Murthy, who returned from retirement June 1, 2013 to revive the $8.3-billion company’s sagging fortunes, resigned a year later as its executive chairman and declined to be even chairman emeritus, a post he held since August 2011 on superannuation at the age of 65. 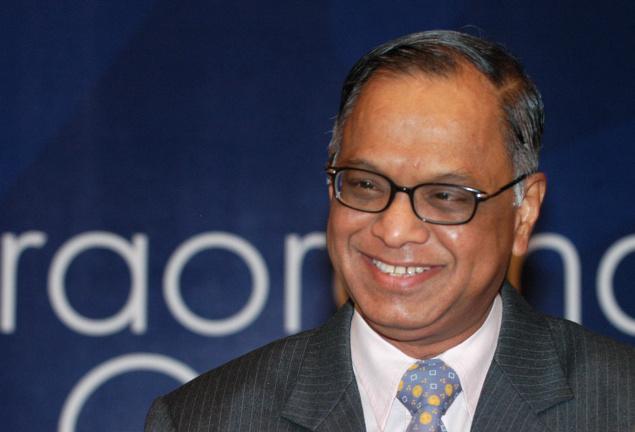 “I will, however, be associated with Infosys as a well-wisher and a small investor in the company though our family will continue to be the largest among retail shareholders,” Murthy noted.

The dramatic appointment of renowned technocrat Vishal Sikka, a former executive board member of German software product firm SAP AG, as the outsourcing major’s first non-founder chief executive from Aug 1 made Murthy to call it quits, cutting short his five-year tenure in his second innings.

“I decided to exit a year after my return to ensure a smooth transition of responsibilities to the new management and give a free hand to Sikka for steering the company into the future as a marquee Indian brand in the tech space,” Murthy said.

Murthy, however, remained the non-executive chairman from June 15 to Oct 11. “I have immense confidence in the future of Infosys and its leadership.

Philanthropy is not new to the promoters or their company.

They have been discharging corporate social responsibility (CSR) through various activities since inception in 1981 and had set up in 2009 Infosys Science Foundation, a not-for-profit trust, with Rs.100-crore corpus to honour outstanding achievements of researchers and scientists every year, with Rs.55-lakh cash prize each in six categories, including engineering and computer science, life sciences and humanities.

“It is important for founders to move from being founders, to founder managers to investors. This will allow the creation of larger, more competitive board managed companies,” former Infosys board member T.V. Mohandas Pai told IANS.

Observing that how they (co-founders) use the money for investment or philanthropy was their personal choice and not for him or others to speculate, Pai said their move would augur well for India Inc and inspire many more to tread the same path.

Pai, currently chairman of the Manipal Global Education, was also head of Infosys’ administration, education and research, financial, human resources and its leadership institute at Mysuru, about 150 km from here.

Echoing Pai, former Infosys board member and chief financial officer V. Balakrishnan said the co-founders, led by Murthy, had shown to the country that capitalism and compassion can exist together and thrive.

“They (co-promoters) not only created wealth legally and ethically but also used it to address the basic needs of the society to improve healthcare, sanitation, education. Their philanthropic initiatives will go a long way to address the basic structural issues for the needy in our country,” Balakrishnan told IANS.

Lauding the co-founders for dedicating to philanthropy, Sikka said they have reiterated their commitment to the future of the company and reinforced their belief in and support of its leadership. 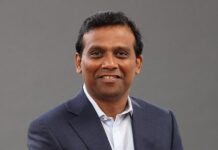