Enterprise IT vendor IBM today said India region returned to growth in the second quarter of 2014.

IBM does not share region specific revenue details for India.

The company, which posted a 2 percent dip in total global revenue in Q2 2014, said India revenue rose between 9 points and 10 points sequentially.

Q2 revenue in Americas increased 1 percent year-to-year. The improvement in the Americas was driven by the strong System z mainframe performance, said IBM.

EMEA declined this quarter. Within Western Europe, IBM posted growth in Germany and Italy, though the U.K. and France were down. Eastern Europe declined.

Asia-Pacific, outside of Japan, declined at a double-digit rate.

Second quarter revenue in growth markets dipped 4 percent. Within the growth markets, the BRICs rose 1 percent. IBM said the revenue improvement was driven by Brazil, India and China, each up between 9 points and 10 points sequentially.

Brazil grew over 20 percent year-to-year, driven by large deals in the financial sector and India returned to growth.

IBM said its revenue in China dipped 11 percent, effectively halving the rate of decline from the last couple of quarters. 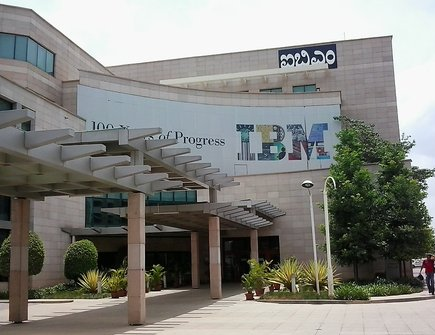 “We’re expanding our footprint, and in the second quarter, we opened a cloud data center in Hong Kong, and followed that with London, earlier this week. We’ll continue to roll out additional capacity in the third and fourth quarters,” said IBM executives during an analyst call.

Consulting and Systems Integration grew 1 percent. IBM had strong double-digit growth in its practices that address the digital front office, particularly in cloud, analytics and mobile.

“We’re growing and building capabilities in emerging areas like Software-as-a-Service, mobile and security and also in more traditional areas such as application server and relational database, as new growth areas drive the need for on-premise capabilities. This quarter we faced a difficult compare, we expect our revenue growth to accelerate in the second half,” said IBM executives.