Together these strategic imperatives grew 16 percent in 2014 and now represent $25 billion and 27 percent of IBM revenue.

Cloud delivered as a service grew 75 percent to $3 billion.

During the fourth-quarter of 2014, IBM divested customer care outsourcing and System x businesses.

“In 2014, we repositioned our hardware portfolio for higher value, maintained a services backlog of $128 billion,” Rometty added. 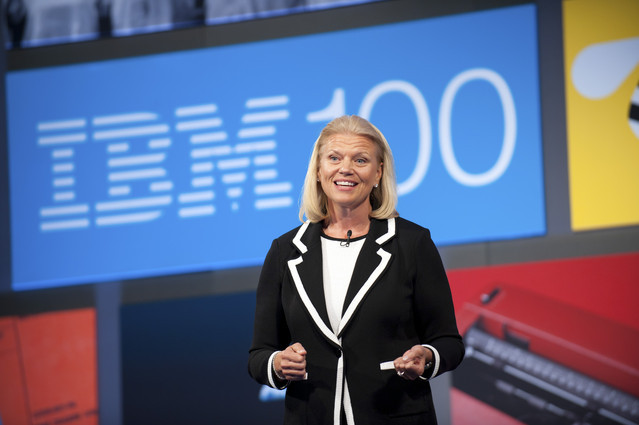 IBM revenue from Americas’ in fourth-quarter dipped 9 percent to $11.1 billion.

Revenues from continuing operations for the Systems and Technology segment fell 39 percent to $2.4 billion for the quarter.