The Laboratories will benefit because the new IBM supercomputers will be among the fastest and most energy efficient systems following the installation.

IBM said the systems at each laboratory are expected to offer five to 10 times better performance on commercial and high-performance computing applications compared to the current systems at the labs, and will be more than five times more energy efficient. 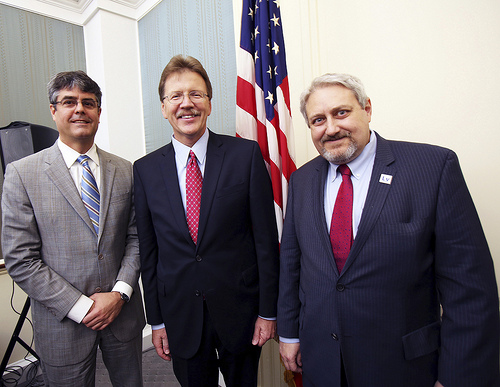 The Sierra supercomputer at Lawrence Livermore and Summit supercomputer at Oak Ridge will each have a peak performance well in excess of 100 petaflops balanced with more than five petabytes of dynamic and flash memory to help accelerate the performance of data centric applications.

IBM said the systems will be capable of moving data to the processor, when necessary, at more than 17 petabytes per second (which is equivalent to moving over 100 billion photos on Facebook in a second) to speed time to insights.

Working with IBM, NVIDIA developed the NVIDIA NVLink interconnect technology, which will enable CPUs and GPUs to exchange data five to 12 times faster than they can today.

NVIDIA NVLink will be integrated into IBM POWER CPUs and next-generation NVIDIA GPUs based on the NVIDIA Volta architecture, allowing Sierra and Summit to achieve unprecedented performance levels. With Mellanox, IBM is implementing an interconnect that incorporates built-in intelligence, to improve data handling.