Online sales grew 8.5 percent compared to 2013, with mobile sales up 27.6 percent. New York City is the top U.S. city for online shopping, retaining the top spot on both Black Friday and Cyber Monday.

IBM reported strong growth on Thanksgiving and Black Friday. From Thanksgiving through Cyber Monday, overall online sales increased 12.6 percent, with mobile sales up 27.2 percent compared to the same period in 2013.  iOS devices continued to lead in mobile shopping with traffic more than twice, and sales nearly four times, that of Android devices during Cyber Week.

Jay Henderson, Director, IBM Smarter Commerce, said: “As the holiday shopping season becomes less concentrated on a single day, retailers and marketers took advantage by making it easier for consumers to find the best deals on the go, whenever and wherever they chose to shop.” 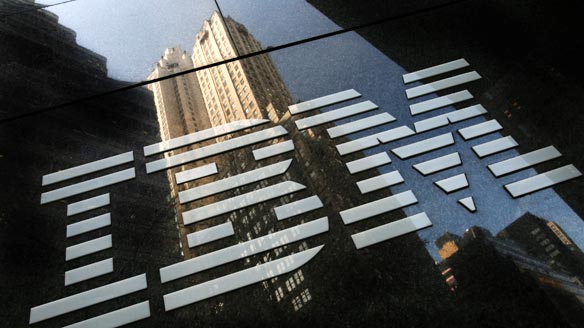 The median number of emails sent to consumers from retailers on Cyber Monday was two, remaining the same in 2014 compared to 2013. Open and click through rates on Cyber Monday were 12.8 percent and 2.2 percent, respectively. More than 46 percent of Cyber Monday emails were opened on mobile devices or tablets, versus 52 percent on desktops.

As shoppers returned to work on Cyber Monday, desktop PCs accounted for 58.6 percent of all online traffic and 78 percent of all online sales. Consumers also spent more while shopping on their PCs with an average order value of $128.24 compared to $110.72 for mobile shoppers, a difference of 15.8 percent.

At Health and Beauty stores, Cyber Monday online sales grew 3.8 percent, with mobile percentage of sales up 27.5 percent.   Average order value was $57.94, a decrease of 3.8 percent.

Cyber Monday online sales were 30.5 percent higher than Black Friday in 2014.  However, Black Friday shoppers spent an average of $129.37 per order, compared to $124.11 per order on Cyber Monday, a difference of 4.2 percent.

Overall Black Friday online sales were up 9.5 percent with mobile devices accounting for one-in-four of all online purchases.