TouchPal, a Shanghai-based mobile software start-up, announced an annual package of over $1.5 million to AI (artificial intelligence) engineers as part of its global recruitment campaign.

The start-up did not reveal the number of AI engineers will be hiring in 2018. TouchPal has AI labs in the U.S. and China. TouchPal has managed to keep an annual job growth rate over 50 percent.

TouchPal co-founder and chief scientist Ren said: “With a solid foundation of over 100 million daily active users spanning 158 countries and regions, TouchPal’s A.I. lab gains a head start with this immense platform in the two disciplines, data and distribution.”

TouchPal established its AI lab in Mountain View in 2015 and another AI lab in Shanghai.

TouchPal has also cultivated a partnership with  universities like UC Berkeley. 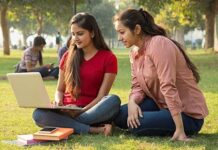