US-based firms dominated the list of top ten venture capital (VC) investors in the artificial intelligence (AI) space by number of investments in 2020. 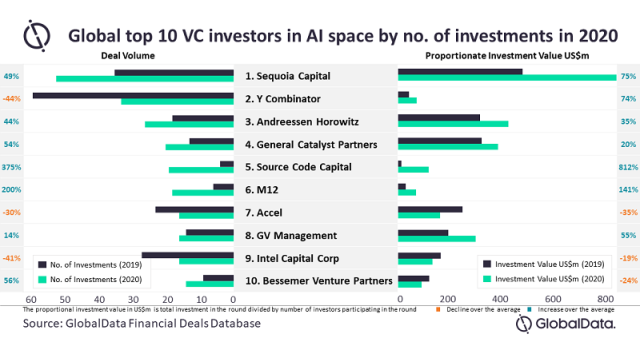 Sequoia Capital managed to top the list of leading VC funds in AI business as the VC firm participated in 52 VC funding rounds, according to GlobalData.

Of the list of 10 VC investors in the AI tech space, nine were headquartered in the US, while China-based Source Code Capital was the only non-American firm to feature in the list.

The volume and proportionate investment value of deals in the AI space involving top 10 VC investors also grew by 10.6 percent and 34.8 percent in 2020 compared to 2019, respectively.