InfotechLead
Home Artificial Intelligence Ford and Volkswagen to exit from Argo AI as they do not...

Ford Motor and Volkswagen will exit from Argo AI as they do not bet on self-driving vehicles business – after making billions in investment.

Ford Motor and Volkswagen made investment in self-driving startup Argo AI in July 2019.

Pittsburgh-based Argo will be shut down and some of its employees will be moving to Ford Motor and Volkswagen.

Volkswagen’s initial investment in Argo in 2019 was valued at $2.6 billion, including $1 billion in cash and the $1.6 billion value of VW’s European self-driving unit, which was absorbed into Argo. VW also bought Argo shares from Ford for $500 million, Reuters news report said.

Ford, the US-based automobile major, has injected $1 billion into Argo when it bought control of the company in 2017. Ford wrote down $2.7 billion in impairment charges on Wednesday.

Volkswagen reportedly considered a $13.7 billion investment in 2018 in Waymo for a 10 percent stake that would have valued Waymo at $137 billion.

The value of Waymo before then was estimated by Wall Street at $175 billion to $250 billion. Its most recent valuation by PitchBook of $30.75 billion dates to May 2020.

Volkswagen also made an attempt to invest in Aurora. The market cap of Aurora, which went public nearly a year ago, has sunk to $2.5 billion, from a 52-week high of more than $20 billion.

Aurora, the Silicon Valley firm, is backed by Hyundai Motor and Amazon.com Inc.

The value of the General Motors majority-owned Cruise was estimated by PitchBook at $30 billion in January 2021, but its current value likely has dropped since key investor SoftBank sold its stake back to GM earlier this year. GM meanwhile is losing $2 billion a year on Cruise.

Mobileye Global went public this week, but at a third of the $50 billion valuation it was targeting earlier in its IPO. 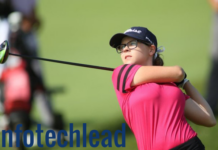 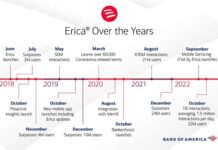