Bill Gates, co-founder and former CEO of Microsoft, and his wife, Melinda French Gates, said on Twitter on Monday that they will split up after 27 years. The two will keep working together on philanthropic efforts, which have addressed education, gender equality and health care. 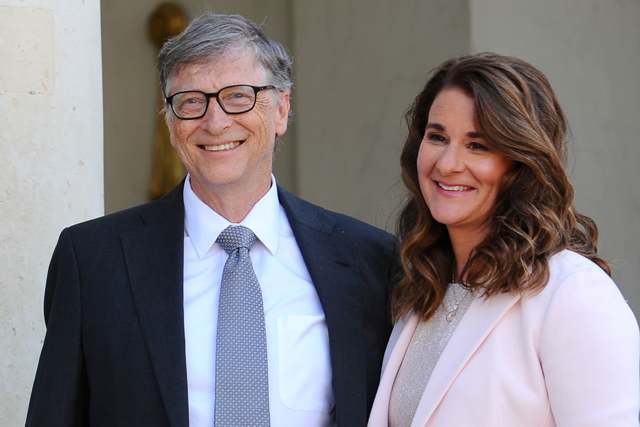 “After a great deal of thought and a lot of work on our relationship, we have made the decision to end our marriage,” Bill and Melinda Gates wrote in a statement that Bill Gates tweeted out.

“Over the last 27 years, we have raised three incredible children and built a foundation that works all over the world to enable all people to lead healthy, productive lives. We continue to share a belief in that mission and will continue our work together at the foundation, but we no longer believe we can grow together as a couple in this next phase of our lives. We ask for space and privacy for our family as we begin to navigate this new life.”

The decision reflects a personal change at the top of American business.

Bill Gates led Microsoft as CEO from its founding with Paul Allen in 1975 until 2000, leaving Steve Ballmer to run the company, while Bill Gates became chairman and chief software architect. In 2008 Gates gave up his day-to-day role at the company to spend more time on the nonprofit Bill and Melinda Gates Foundation.

Last year Bill Gates stepped down from Microsoft’s board as the coronavirus became a force around the world. He began spending more time on the foundation alongside Melinda Gates. The two are co-chairs and trustees of the foundation, which launched in 2000, CNBC reported.

Bill and Melinda Gates both worked at Microsoft. She had been a general manager at the software company, where she worked on products such as the Encarta encyclopedia, according to her LinkedIn profile. The two met at a dinner for Microsoft employees in 1987. “It took him quite a few months before he asked me out,” Melinda Gates later said. Bill Gates had weighed the pros and cons on a blackboard, and in 1994 the couple were married in Hawaii.

Financial details of the Gateses parting ways are not yet clear. Bill Gates owns 1.37% of Microsoft’s outstanding shares, which are worth more than $26 billion, according to FactSet. The couple were creators, along with Warren Buffett, of the Giving Pledge, which involves giving away more than half of their wealth.

At one point the couple decided to move $20 billion worth of Microsoft stock to the foundation as they sought to increase their commitment to philanthropy, Bill Gates wrote in a 2019 blog post. Today the foundation has more than $51 billion in assets, according to a tax filing, making it one of the world’s wealthiest foundations.

“In the case of Melinda, it is a truly equal partner,” Bill Gates said in the 2019 Netflix documentary “Inside Bill’s Brain.” “She’s a lot like me in that she is optimistic and she is interested in science. She is better with people than I am. She’s a tiny bit less hardcore about knowing, you know, immunology, than I am.”

In 2015 the two began pursuing areas they were interested in. Bill Gates established Breakthrough Energy, an initiative to slow climate change that includes a venture arm, and Melinda Gates created Pivotal Ventures, a company that makes investments to foster equality.

For Valentine’s Day in 2020, Bill Gates posted a photo on Instagram showing him standing with his arm around Melinda Gates. “I couldn’t ask for a better partner on this journey,” the caption said.

For more than a decade the Gateses have published annual letters about their foundation work. In the latest one, published in January, they reflected on the impact of the pandemic, beyond supporting the development of vaccines. “For us, the days became a blur of video meetings, troubling news alerts, and microwaved meals,” they wrote.

The announcement comes two years after Bezos said he and his wife, MacKenzie, were getting divorced. Bill Gates and Jeff Bezos are among the world’s richest people, and Amazon and Microsoft compete in the cloud computing business. Amazon said earlier this year that Bezos would be stepping down from his post as CEO and that cloud chief Andy Jassy would succeed him. 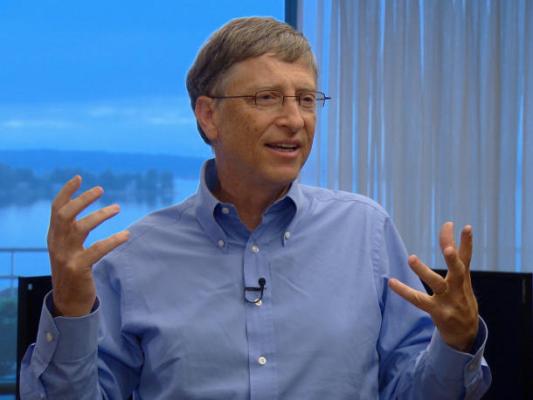 Microsoft chairman Bill Gates under pressure to step down as chairman